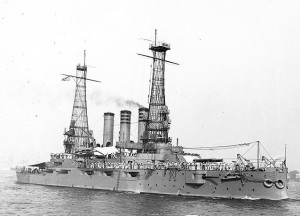 Laid down at the Union Iron Works, San Francisco, in April, 1899 as one of three Maine-class battleships, the USS Ohio was launched in May 1901 and commissioned in October 1904.

Ohio and her sisters were a slightly larger, improved version of the proceeding Illinois-class. With this class, the Navy returned to the more traditional machinery layout, which resulted in the dispensing of the side-by-side funnels found on the Illinois-class.

As flagship of the Asiatic Fleet, Ohio sailed west in April 1905. She returned to the United States in 1907, where she prepared to join the voyage of the Great White Fleet. As the fourth ship in the 3rd Division of the 2nd Squardron, Ohio – under the command of Captain Charles W. Bartlett – set sail from Hampton Roads, Virginia on December 16, 1907.

The fleet – at first commanded by Rear Admiral Robley Evans and then Rear Admiral Charles Sperry – traveled down one cost of South America, through the Strait of Magellan and up the other coast of South America, finally arriving in San Francisco on May 6, 1908. Ohio was then part of a contingent of ships that visited the Pacific Northwest in May and June 1908.

With the fleet reassembled in San Francisco, and now under the command of Rear Admiral Sperry, the ships set sail for Hawaii on July 7th, arriving in there on the 16th. From Pearl Harbor, they set sail for New Zealand and Australia – where their arrival in Sydney was greeted by over 250,000 onlookers. From Australia it was onto the Philippines and then to Japan, which they reached on October 17th, after sailing through a major typhoon.

The fleet was given a rousing welcome and treated to continuous events during it’s week long stay in Japanese waters. The visit to Japan also helped ease strained relations between the host country and the United States, when some thought the two countries might go to war.

After visits to China and some fleet exercises in Philippine waters, the fleet headed back towards the United States, via the Suez Canal, Mediterranean Sea and a stop in Gibraltar. On February 22, 1909, it arrived back in Hampton Roads, where it was greeted by President Roosevelt.

The cruise had been a technological and diplomatic success. The experience gained on the cruise of the Great White Fleet led to change within the Navy: the grand white and buff paint schemes gave way to more ominous and warlike gray paint. The military masts gave way to cage masts, and the top-hamper of the ships was substantially reduced.

Ohio was modernized in a similar fashion, losing her colorful paint and gaining one, then two cage masts. Assigned to training duties, she made her home port in New York. When turmoil in Mexico endangered American lives and property, she was part of the squadron that sailed to Vera Cruz to occupy that town and prevent arms from getting to Mexican rebels.

After this affair, Ohio became part of the reserve fleet in Philadelphia, hosting midshipmen cruises in 1915 and 1916. With the United States entry in to World War I, Ohio was re-commissioned into the fleet in April 1917. Sailing out of Norfolk, she provided training and participated in various maneuvers. Place in reserve again in January 1919, USS Ohio was decommissioned on May 31, 1922 and sold for scrap in March, 1923.

With the release of the USS Ohio, another United States Navy pre-dreadnought is brought to market by Commanders Series/Iron Shipwrights. Previous releases include the USS Iowa, USS Kearsarge and USS Illinois. This newer release differs from those in that while those models depicted the ships in their pre-1909 buff and white livery, the Ohio model depicts her after her switch to an overall gray and the installation of her two cage masts.

As is the usual Iron Shipwright practice, the hull is cast as one piece. The hull is about 13.5 inches long, which scales out nicely to the real Ohio’s length of 393 feet, while the beam of just under 2.4 inches scale out to the 72 feet of beam on the real thing. The upper part of the hull is nicely cast, with very few voids or pin holes in the deck, deck fittings or superstructure. The bilge keels – which are sometimes poorly cast on full hull kits – are also well done and require only minor cleanup. The poorest part of the hull is the protrusions for the shafts to go into the hull. 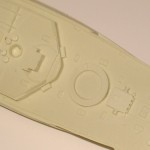 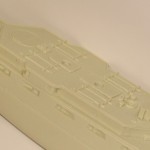 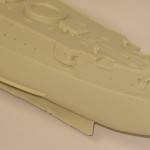 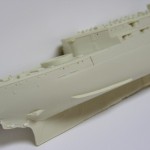 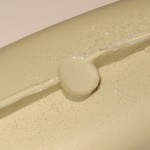 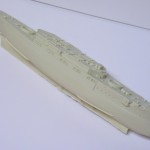 The rudder and prop shafts are pretty well cast, you still may want to replace the shafts with brass rod for added strength. As I write this, I realize that there were no props, searchlights or anchor handling cranes in the kit. I’m sure a call to ISW will have the parts on their way to me in short order. 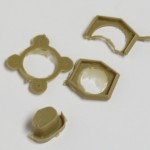 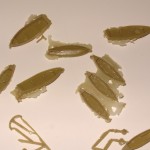 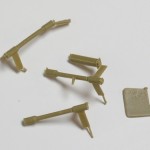 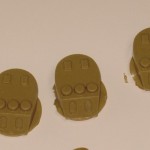 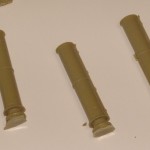 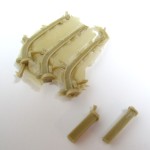 One thing I’ve noticed with ISW kits is that the smaller parts are usually the weakest part of their kits. While the quality of the hulls and larger parts has improved, sometimes the smaller parts have issues. In the Ohio, the funnels are well cast, the turrets, ships boats and cranes are decently cast, but the ventilators and some of the parts for the superstructure aren’t as good, with holes, voids and seams. Commander’s customer service is legendary, so if you are unhappy with any parts, I suggest you call for replacement parts.

Two photo-etch frets are included with the model. One has three cages masts on it, which gives you some room for error, while the second fret has railings, inclined ladders and funnel caps. The photo-etch is good, but I’d like to see Iron Shipwright start doing some relief etching on their photo-etch moving forward. 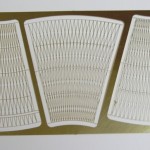 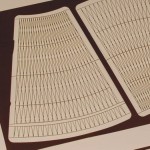 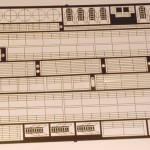 I have about 10 or 12 Iron Shipwright kits in my stash. The earlier kits, like the New Mexico and Arkansas, had comprehensive instructions in them. Later kits, like the HMS Invincible, USS Oklahoma and USS Illinois, have very rudimentary instructions. The instructions in the USS Ohio are better than some of the recent kits, but still could use improvement. I’d like to see a plan and profile view of the ships in the instructions to go along with what is already included. I think that would help the modeler with the placement of parts and photo-etch. 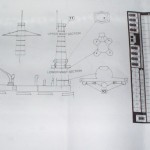 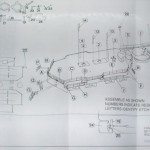 The release of the USS Ohio is a welcome addition to the list of United States Navy pre-dreadnoughts produced by Iron Shipwrights. A USS New Jersey (BB-16) has just been released – hopefully this means a Connecticut-class will be in the offing (Update: The Connecticut was eventually released).

For the most part, the model is well cast and appears to be in scale. Without a set of plans, I can’t vouch for the accuracy, but the kit appears to match photos and line drawings. The weakest part of this kit are the small parts and instructions, but that shouldn’t prevent you from being able to build a decent replica of this pre-dreadnought battleship for your collection. My verdict: I would recommend this model to anyone who’s built a resin kit and has some photo-etch experience under their belt.

The USS Ohio retails for $225.95. I purchased mine directly from Iron Shipwright.