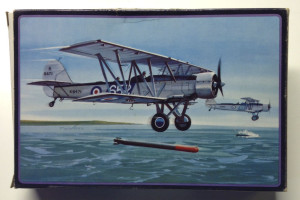 There’s a TV commercial, I think for Lincoln cars, that has the actor Matthew McConaughey in it. During the commercial he states, “some people say you can’t go back, but oh yes you can”. Well Mr. McConaughey is right, you can. However I didn’t use a car, I used a model airplane and here’s how I did it.

In December of 2012 I had just completed a build and was going through the stash looking for some inspiration when I came across the AMT boxing of the 1/72 scale Frog Blackburn Shark. Some of you older types might remember that back in the mid 60’s AMT boxed some Frog and Hasagawa kits for domestic distribution.

I liked my selection, deciding to build the float plane version and took the model back to my 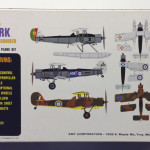 bench. I opened the box noting that the plastic bag containing the sprues was opened and that some parts had already been assembled. I also noticed that a small piece of paper had fallen from the box and I picked it up. It was a Christmas present tag and when I read it I was instantly transported to Christmas 1965.

The tag said, “To Mike from Dad” and I was now a twelve year old opening presents on Christmas Day. I remember Dad had purchased the models at the “Pet and Hobby” on Valley Road in Montclair. It’s no longer there, it’s a Kings food market now. I remember he also purchased the AMT boxing of the the Frog DeHavilland Mosquito and Heinkel He-219. I remembered exactly where those models were on the shop shelves, I could even remember the smells and sounds of the pet shop surrounding me. 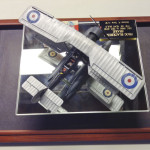 It was on Christmas Day of 1965 that I started building the Shark. The model gave you the option to build either a land or float plane with folded or extended wings. I wanted the float plane and extended wings and I messed it up. I glued the wrong upper wing sections together that would give you the folded wing version and not the extended wing. I guess that I just stopped and put it back in the box.

Back to 2014. I looked at that model and Dad’s Christmas tag and decided that this model had to be built and built now! The fuselage was glued together along with the floats, wings and some other assemblies. Remember this was built in the day when I used Testors tube glue as glue and also as filler and brush painted the model. It was rough to say the least! 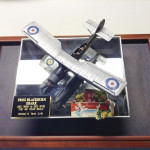 However I put the skills learned over fifty years of modeling and with much filler, sanding and sweat it began to look like something. I added a cockpit interior, rigging, beaching gear, nice decals and some weathering. The model will not win any competitions but to me it’s my best model ever. When I was completing the Shark I’m sure my Dad was looking over my shoulder and both of us were happy. Today the Shark proudly sits in its own display case along with Dad’s Christmas tag.

Guys, our models are like photographs. When we go to our stash and look at our models we go back to the day we purchased or were given those models. Why do I need a smart 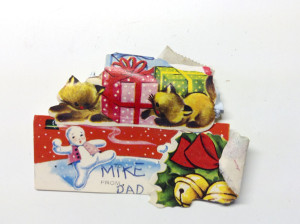 Merry Christmas and Best Wishes in the New Year.