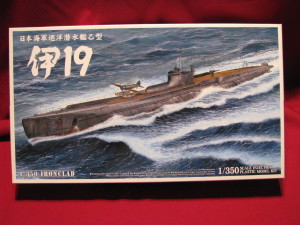 OPERATIONAL HISTORY
The I-19 was a B-1 Type Cruiser Submarine. She is most famous for the single most effective torpedo spread fired by a submarine in history, when, on September 15, 1942, she fired a spread of six torpedoes at the United States Aircraft Carrier Wasp. Three torpedoes from her spread hit the Wasp, mortally wounding that carrier. Another torpedo stuck the destroyer O’Brien, resulting in that ships eventual loss. The two other torpedoes traveled all the way to the Hornet Task Group, which was several miles beyond the Wasp Group. Hornet dodged one torpedo, but the other struck the battleship North Carolina, seriously damaging her and sending the battlewagon home for repairs. As a result, during the Battle of the Santa Cruz Islands the next month, Hornet had no escorting battleship to provided anti-aircraft fire and was eventually sunk, while the fabled USS Enterprise, which was protected by the USS South Dakota, survived (albeit barely) to fight another day.

I-19 was lost with all hands in the area of Makin Island on November 25, 1943. For more information on her wartime career, check out her TROM at the Combined Fleet website.

THE KIT
The I-19 comes in a sturdy box with an attractive painting of the sub on the surface at speed, with an aircraft perched on her bow, ready to launch. I am always a fan of good box art, and this one is really nice. 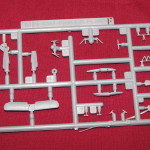 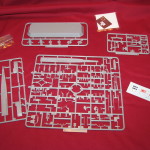 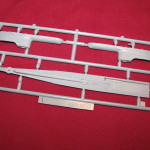 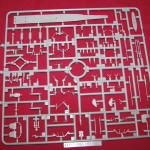 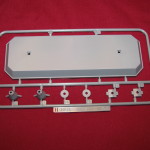 Once you open the box, you’ll find 5 sprues, containing the hull halves, decks, sail and other assorted parts, about 100 in all. There is also a small photo-etch set included in the kit. The hull is approximate 12 1/4 inched long and just over 1 inch wide, both of which scale out pretty much perfectly to the real thing, which was 365.5 feet long and 30.5 feet in beam. These were BIG boats – the B-1 submarines were only 20 feet shorter than a Fletcher-class destroyer and actually 17 feet longer than a Sims-class destroyer.

Back when I got into building ships, there was a pecking order to the major Japanese manufacturers, especially the “Big 4” that were part of the 1/700 waterline consortium. Tamiya was king of the hill, in terms of detail and quality, followed – in order – by Hasegawa and Fujimi. Aoshima’s offerings came in a distant fourth. They usually had the softest detail and lowest quality. Since then, Aoshima has come a long way. The I-19 is an excellent kit, at least in the box, with very nice detail. Some of the areas that I thought were particularly well done:

I like detail on the conning tower, but would have liked it Aoshima gave the option for photo-etch windows.

There is a small stainless steel photo-etch set included in the kit. A fairly large instruction booklet is included with the model as well. The biggest drawback is that the English text is limited, compared to what you’ll find in say a Tamiya kit. Study the direction closely, there are two options to build the kit, and you have to follow the correct set of instructions all the way through. 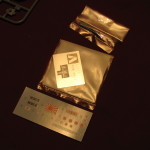 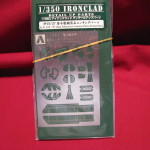 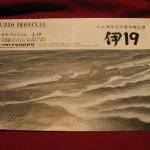 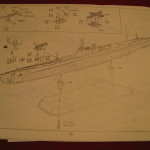 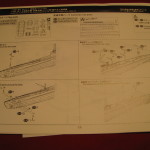 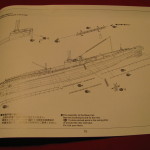 I purchased my kit directly from Japan from Cyber-Hobby, so it came package with two aftermarket frets of photo-etch made for the B-1 Class submarines Aoshima is releasing (they’ve also released an I-27 and I-37, with another boat to follow). This set is much more extensive than the set included in the kit, but is very delicate and requires you to follow go the last page of the kit instructions properly place everything. In this case, it pays to read the directions carefully. Additionally, the price of the photo-etch set, if purchased separately, is almost as much as the model itself. Since no one is likely to come out with a supplemental fret for these boats, it may be your only option.

CONCLUSION
After building a 1/350 Type XXI and a 1/144 Type XXIII U-Boat this past year, I’ve become more interested in submarines – partially because of the new releases in 1/350 scale and partially because they can be a nice break from complex surface ships. The B-1 Class Cruiser subs are particular interesting because of their large size and interesting history. While I haven’t started building this kit yet, it looks very good in the box. Highly Recommended! 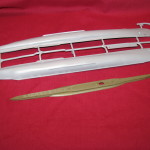 I-19 hull next to an AFV Club Type VII Minelayer U-Boat Hull. Note the size of the Japanese sub next to the German boat!